Please Note - Several members of the BOON user community have alerted us that some browsers do not render the BOON dynamic data, and the plots and values appear blank. If this issue affects you, please try an alternate browser to see if this workaround resolves it for you.
Thank you for your patience while we address a fix.

The Bodega Ocean Observing Node continuously monitors meteorological and oceanographic conditions on the Bodega Marine Reserve and adjacent coastal waters. This automated data acquisition system was first deployed in 1988 and has been expanded several times to measure additional parameters and apply new 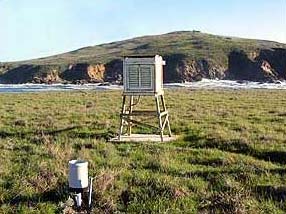 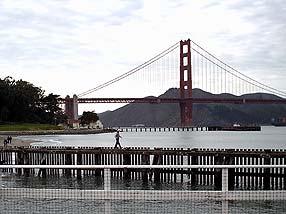 Bodega Marine Laboratory (BML) operates a seawater monitoring station at Fort Point, on the southern side of the Golden Gate at the entrance to San Francisco Bay. Collected data include temperature, conductivity, pressure, salinity and density measurements from a CTD. Additional sensors collected chlorophyll fluorescence and transmittance.