Jan. 3, 2023 - Please note: Some BOON data may not be current or available. We appreciate your patience while we address a fix.

High Frequency Radar is used to measure the currents at the ocean surface, called sea surface currents. Similar to ADCPs a radar transmitter sends a signal out to sea and the conductive seawater surface returns a signal that measures the Doppler shift to determine the velocity and direction. High frequency radar instruments are deployed on shore and are generally operated in a pair or a network. 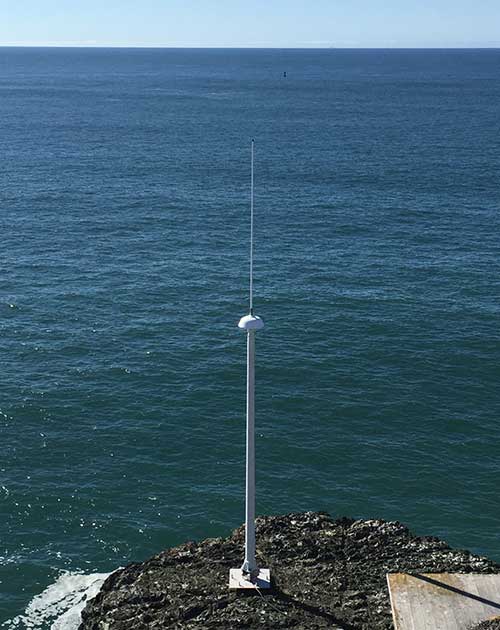 Description: High-frequency (HF) radar uses radio-wave backscatter to map surface currents over wide swaths of the coastal ocean. These sensors are commonly referred to by the trade name "CODAR" (Coastal Ocean Dynamics Applications Radar) and take advantage of the propagation of radio waves over large distances out and back across the surface of the conducting sea water, and they have resonant interactions with ocean surface waves (i.e., the ones that can make people seasick). Back at the shoreline, a measurement of the frequency offset (i.e., Doppler shift) of the reflected radio waves provides a remotely sensed measurement of the speed of the ocean waves and surface currents.